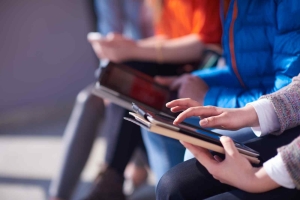 In this article we examine what makes change fail and why people resist change.

Peter Senge quite famously said that people don’t resist change; they resist being changed. Most of us would know what it feels like to dig our heels in when someone tries to make us change against our will. Resistance to change occupies a fairly prominent position in the minds of managers who are charged with moving their teams from an ‘old normal’ to a ‘new normal’. It is often the cause of anxiety, sleepless nights, and even broken careers.

But is resistance really the problem many people imagine it to be? Could there be another problem lurking in the shadows that is even worse than resistance? I don’t want to spoil your day, but let me tell you a short story.

A couple of years ago I went to a meeting on January 10 and one of the speakers stood up and said, “Welcome to 85% day.” I was somewhat confused. What did she mean by 85% day? I hadn’t heard that one before.

Bear in mind that New Year’s resolutions mainly represent changes we want to make. There’s no coercion here – not much space for resistance, yet the changes still fail. Senge might be right: we may resist being changed. But neither are we all that good at changes we don’t resist.

So is resistance the real enemy? It can appear that way if you’re the manager with an agenda and your team has a different agenda. But there is usually something else lurking in the darkness that is an even greater foe. I’ll tell you what it is.

Let’s be clear here. When I say ‘they’ I really mean ‘we’, because failure at things like New Year’s resolutions is so common. In fact, failure in most change is common – 70% of organisational change fails; 60% of correctional rehabilitation fails; and around 60% of people fail to take their doctor’s advice, and so on. Most of us feel more comfortable when things are stable and predictable, and more anxious when things change.

So it turns out resistance might not be the main problem after all. Difficulty at change could be, at heart, a learning problem. But many learning problems have solutions. To find some solutions, check out The Change Gym.