We bring together a team of seasoned specialists with expertise across a wide range of business areas. 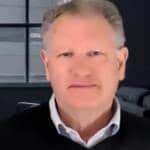 Steve Barlow is a change and change fitness/readiness/management specialist. He has a background in research and development, and, besides being a Director of The Change Gym, Steve lectures in organisational change at the University of Tasmania. Steve focuses on improving performance, change leadership, change readiness and change fitness. He is particularly interested in facilitating change in schools and the health sector.

Steve has contributed much to our understanding of the psychology of personal change fitness. He also brings a new and exciting model of organisational change readiness and change management.

Steve has written extensively on change and spoken at many conferences around Australia and overseas.

Steve is based on the Gold Coast. 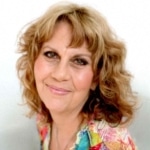 Stephanie Barlow is a change fitness coach and change readiness consultant with a depth of experience in the health sector. She is an Industry Expert in change readiness at the University of Tasmania.

Stephanie has developed coaching programs in personal change fitness that have been used in 15 countries around the world, and also as part of an Australian masters program.

With years of experience working in government organisations, particularly in health and human services, Stephanie brings a deep and current understanding of contemporary issues in those sectors.

Stephanie is particularly interested in change in the health sector.

Stephanie is based on the Gold Coast. 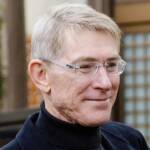 Craig Saphin is a seasoned executive with over 30 years’ experience in Asia Pacific Operations.  He has CEO, General Management, Executive and Non-Executive Directorship, Board oversight and full P&L experience for public, private and not-for-profit organisations.

His highly-developed skills set and experience includes strategy development and execution for growing businesses and turn-around for troubled entities.

Previously Craig was Executive Director with the technology and HR services company, en Japan Inc., which is a publicly listed company in Tokyo.  He also held the role of CEO at en world, where he led the growth strategy of the recruitment company from 100 members in Japan to 800 members across seven countries across Asia and Australia in 5 years.

Before this, he worked in executive roles leading diverse teams in Australia, China, Japan and Asia for the US technology company, EFI Inc. and a Japanese company, Fuji Xerox.

As a CEO Craig was instrumental in driving business acquisition and post-merger integration projects in Japan, Australia, Thailand, Vietnam, Malaysia and India.  He has managed startup companies in Korea, Singapore, China, and India.

Craig is a Certified Executive Coach and has an Executive MBA from AGSM in Sydney.

Craig is based in Sydney. 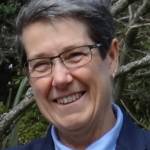 Therese is a former HR Director of Procter & Gamble and an exceptional change fitness coach and change management specialist. During her 24 years at P&G, Therese was involved in numerous large and small scale change projects. She brings a load of practical experience from her work in Australia, Asia, and North America.

Therese is based in Sydney. 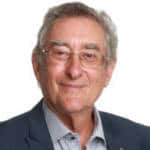 Some of Peter’s recent engagements have been with Main Roads WA, Fremantle Ports, Office of State Revenue, Dept of Fisheries, Parliament House WA, and the Public Transport Authority.

Peter is based in Perth. 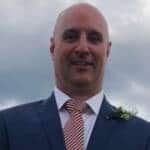 Sam has a passion for innovation, entrepreneurship, facilitating business and collaborating across wide ranging networks and ecosystems. For many years he was a business advisor for start-ups and small businesses needing a helping hand. Over the years, Sam has helped hunderds of businesses and entrepreneurs achieve greater success.

Sam is based in Melbourne.