The 7 Habits of Highly Ineffective Entréepreneurs 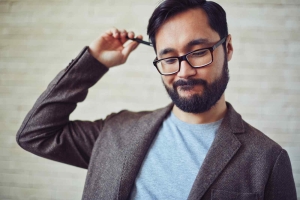 I want to introduce you to the entréepreneurs.

The name entréepreneurs explains how some people respond to change. They are often curious about change, and even embrace it with eagerness. They love the beginnings of change; the excitement of plans and projects and anticipated journeys. But they don’t embrace the whole change process with eagerness – only the first part of it. They love the entrée, but rarely stick around for the main course.

If change were a feast, the entréepreneurs would be really interested in the prawn cocktails, the rockmelon bruschetta with goat’s cheese, and the antipasto platters. They would be in their hundreds reaching for the candied tomatoes on basil leaves, licking their sticky fingers and congratulating each other for turning up. But there would be noticeably fewer when it comes to the main course, and virtually none at all towards the end of the feast. Their enthusiasm for change wanes when things get hard.

After a few disappointments you might find them in the carpark complaining about other guests, whining about the poor service, or how the menu was a real let-down. Their early retirement from the change process is more than an inconvenience: it is often a real obstacle to success.

Sometimes we are not very self-confident. When change gets hard, when we fail at something or struggle to learn, we may soon begin to question whether we have what it takes to succeed. Self-doubt sets in and begins to paralyse us.

Change always contains an element of the unknown. There is always some uncertainty about how things will work out; about what things mean. This uncertainty brings confusion that entréepreneurs find difficult to accept. They are not good at, or can’t be bothered, to work through the messiness and see what is actually going on. They find it difficult to discriminate between what is background ‘noise’ and what is really important.

Entréepreneurs don’t handle discouragement well. When they encounter set-backs, failures, or discouragements, they tend to lose hope. All optimism goes out the window and they’re ready to declare defeat.

Many entréepreneurs find it difficult to work with others because they don’t really trust them. They might want to work with them on one level, they might want to please their bosses or be seen as a team player, but on a deeper level they are reluctant to trust others. The lack of trust makes it harder for them to seek help in times of struggle, or even to admit they are struggling. They may fear what others would think about them, and how they might be treated. They may be overly and incorrectly suspicious of other people’s honesty or integrity.

Sometimes we are not good at handling competing priorities – either our own, or other people’s. It is hard to balance all these interests and, as a result, people are easily side-tracked. Entréepreneur can be fully on task one day, and gone the next.

Many entréepreneurs have beliefs that don’t support change. They may be completely unaware these beliefs exist, and they may never have questioned them. But these beliefs lead to self-sabotage. This can be expressed in many different forms, but it comes down to negative beliefs about themselves and how the world works.

These behaviours are normal for some people. These are the true entréepreneurs. But to some extent, they also describe you and me, at least some of the time. When these behaviours appear in our experience, they do us no good. They make it harder for us to grasp new opportunities or find solutions to problems. They limit our growth.

Dr Steve Barlow is Managing Director of The Change Gym.